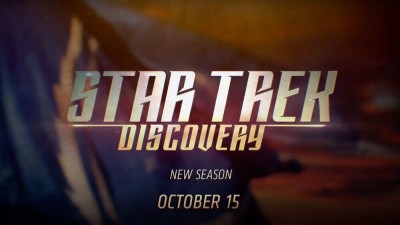 CBS All Access announced yesterday morning that the new season will premiere on October 15th and will run weekly for 13 weeks. For those of you keeping track, that means no gap between the end of Star Trek: Lower Decks and the start of Discovery, and barring any seasonal breaks over the holidays, 23 straight weeks of new Star Trek.

When we last left Discovery, the titular ship followed Commander Burnham in the Red Angel suit, through a wormhole and far into the future. CBS All Access said, “season three of STAR: TREK: DISCOVERY finds the U.S.S. Discovery crew landing into an unknown future far from the home they once knew. Now living in a time filled with uncertainty, the U.S.S. Discovery crew, along with the help of some new friends, must work together to restore hope to the Federation.” 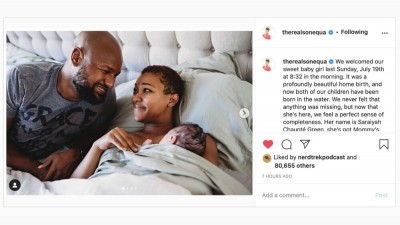 Sonequa Martin-Green is a mother again!
The Star Trek: Discovery actor posted the announcement to her Instagram account, yesterday. The new baby’s name is Saraiyah Chaunté Green, and she was born at home on Sunday, July 19th at 8:32am.

Martin-Green described the event: “It was a profoundly beautiful home birth, and now both of our children have been born in the water. We never felt that anything was missing, but now that she’s here, we feel a perfect sense of completeness.”

Quelle: FB Star Trek
Conbase - the place to be.

THAT HOPE IS YOU

Vielleicht klappt es ja in den nächsten Tagen mal.
Be yourself; everyone else is already taken. (Oscar Wilde)
Nach oben