“Just got the news, being summoned back into action. Starfleet calls. #ad”

Just got the news, being summoned back into action. Starfleet calls. #ad
— Michael Dorn (@akaWorf) April 19, 2021

Cue the Trek fandom going out of their Vulcan minds. Many fans saw Dorn’s tweet as an explicit confirmation that he would be appearing as Worf in one of the current Star Trek series, most likely Star Trek: Picard due to its time setting. However, many other fans also pointed out that since the tweet was tagged “#ad” (something that Paramount+ doesn’t typically do for major casting announcements), he may well have been talking about something else.

Shortly after Dorn’s tweet blew up, io9’s James Whitbrook came to the rescue, tweeting: “Oh hey, #StarTrek fans: @io9 got confirmation from CBS that this ‘has nothing to do with a Star Trek Universe on Paramount+ original series,’ so don't get your hopes up!”

Oh hey, #StarTrek fans: @io9 got confirmation from CBS that this "has nothing to do with a Star Trek Universe on Paramount+ original series," so don't get your hopes up! https://t.co/oXgHD43hms

— James Whitbrook (@Jwhitbrook) April 19, 2021
And shortly after that, TrekMovie.com echoed a similar sentiment from Paramount Pictures regarding the film side of the franchise, noting in a report, “a spokesperson for Paramount Pictures has confirmed they are not behind this new tease from Mr. Dorn.”

Even TrekCore got in on the action, tweeting a picture of Jonathan Frakes wearing a t-shirt with the slogan “Don’t ask me, I signed an NDA!” They captioned the photo, “Why you shouldn't ever expect massive Star Trek casting news in a non-studio tweet”.

Why you shouldn't ever expect massive Star Trek casting news in a non-studio tweet pic.twitter.com/HXRGHg9Jv2

(@TrekCore) April 19, 2021
So what is Dorn’s tweet about? There’s been no word so far, although by the time you’re hearing about it here, we may have had news. One possible explanation is a new voice over role in one of the several Star Trek video games on the market. (And herewith we venture into some speculation.)

Star Trek Online and Star Trek Fleet Command are two of the biggest games currently, but Star Trek Timelines and the new Apple Arcade game Star Trek: Legends are also out there. Of those four, only Star Trek: Legends doesn’t yet use celebrity voice overs. It’s also likely to be relevant that Star Trek Fleet Command and Star Trek Timelines have both had their markets recently disrupted by Legends debuting earlier this month, and could be looking for star power to boost their revenues.

Star Trek Online is an outside possibility, but it’s worth noting that Dorn has voiced Worf for them before, and while the game often has celebrity voice overs (like Jeri Ryan, Sonequa Martin-Green and Mary Chieffo), they’ve never before announced them using sponsored social media posts.

(My money’s on Fleet Command, personally.)

To be or not to be? Watt denn nu? Naja... Scheint bei PICARD eh eine riesige Family Reunion zu werden......
Conbase - the place to be.

Trekcore.com
Conbase - the place to be.

Quelle FB Star Trek
Conbase - the place to be.

Spannender Trailer.
Conbase - the place to be.

Annie Wersching will join the cast of Star Trek: Picard as the Borg Queen 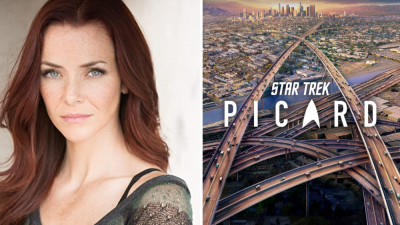 It’s been over 20 years since fans have watched a Starfleet crew spar against the Borg Queen, but Deadline.com has confirmed that the character is now back in the Star Trek universe. Annie Wersching, known for her villainous turns on shows like Timeless and The Vampire Diaries, has been cast as the Queen for Star Trek: Picard season two. She takes the reins of the collective from Alice Krige and Susanna Thompson, who shared the throne in Star Trek: First Contact and Star Trek: Voyager, respectively.

Wersching is a Trek veteran, having appeared on Star Trek: Enterprise’s first season in the episode “Oasis”. She portrayed a young survivor of a transport vessel crash, and Deep Space Nine’s René Auberjonois played her father. When Auberjonois died in 2019, Wersching offered a touching tribute on Twitter.

The longer teaser trailer, released in June, hinted at time travel and highlighted the return of John de Lancie’s Q, but precious few clues have been forthcoming for the plot of Picard’s sophomore season. The announcement of the Borg Queen’s return lends some weight to fan theories that Q’s meddling in history has altered Starfleet’s past interactions with the Borg, which could account for Annika Hansen’s seemingly assimilation-free existence in the trailer.

However history or alt-history plays out, no doubt fans will be anxiously waiting to see if the Queen can finally succeed in her plan to bring order to chaos. 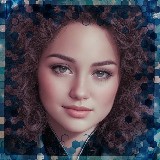 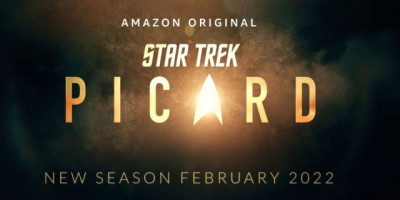 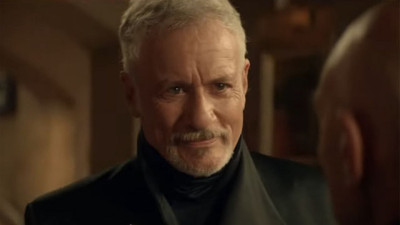