Und immer mehr neue Teaser...
Conbase - the place to be.


STAR TREK PICARD Trailer Breakdown! Easter Eggs & Details You Missed!
Star Trek Picard Trailer from Comic Con teases the return of Data, Seven of Nine, the Borgs, and more nods to The Next Generation and Voyager! Where will this new Picard series on CBS All Access take Jean-Luc Picard (Patrick Stewart) after the events of Star Trek Nemesis and First Contact? Erik Voss gets an assist from friend and Trekkie Marina Mastros, who breaks down this Star Trek trailer shot by shot for all the Easter Eggs you may have overlooked! What is the secret identity of the new mystery woman, Dahj? Why are the Romulans experimenting with Borg technology? Has Data really returned, or is it his alternate version, B-4?
https://www.youtube.com/watch?v=FBkoFxAaeyI


Patrick Stewart on Returning to 'Star Trek' and Why Pit Bulls Are the Best
Jean-Luc Picard himself, Patrick Stewart, talked to Variety during his cover shoot about returning to the world of "Star Trek" in the upcoming series "Star Trek: Picard" and
why he insisted on having a pit bull in the new show.
https://www.youtube.com/watch?v=tYmghwbcHgw
Ich hab viele Menschen getroffen, die so damit beschäftigt sind, ihr Leben zu kontrollieren, dass sie vergessen, es zu genießen.
Lucifer Morningstar Staffel 1 Episode 3
Nach oben 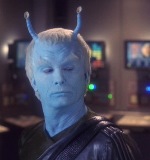 Picard star Patrick Stewart has no problem chatting with Data. Alexa's another thing
Stewart and other Star Trek: Picard cast and crew talk deepfakes, Crispr and other tech that terrifies them.

Star Trek is a world of fanciful technology -- transporters, shuttle craft and warp drives. But that doesn't mean cast members of Trek shows are always proficient in tech.
Patrick Stewart, who stars in the upcoming Star Trek: Picard on CBS All Access, admits he's never used a digital voice assistant.
"I haven't had the courage yet," Stewart said in an interview on Sunday. "I get uncomfortable about it. You think because of what I'd done it'd be easy."
I joked that he's OK with Data, but has a problem with Alexa.
"I'm fine with Data because I happen to know he's Brent Spiner, and that makes everything alright," he quipped.
Stewart isn't alone in his distrust of data. Consumers are starting to wise up and apply a more critical lens to tech companies and how they've been exploiting our personal information.
He's not even alone among the show's cast. From AI to gene-editing tech Crispr, here's a lightly edited transcript of my conversation with the actors and showrunners of Star Trek: Picard about what freaks them out.

Marina Sirtis (Deanna Troi): I think [artificial intelligence] is terrifying. I don't understand why people have artificial intelligence in the home. Why? They can listen to you all the time. It just blows my mind. It's generational, because young people who've grown up with technology take it in stride. But old farts like me, I'm like, are they demented?

Executive producer and co-creator Michael Chabon: Deepfakes are pretty scary. It's a perfect example of not taking the consequences and getting so caught up in the coolness and the amazingness of the thing you just figured out how to do. When you … share something with the world without actually thinking through what it's going to do to the world.
Ich hab viele Menschen getroffen, die so damit beschäftigt sind, ihr Leben zu kontrollieren, dass sie vergessen, es zu genießen.
Lucifer Morningstar Staffel 1 Episode 3
Nach oben 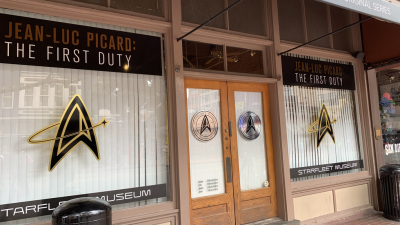 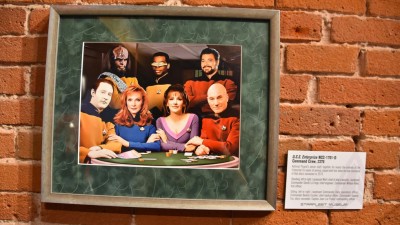 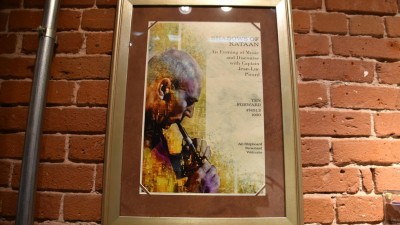 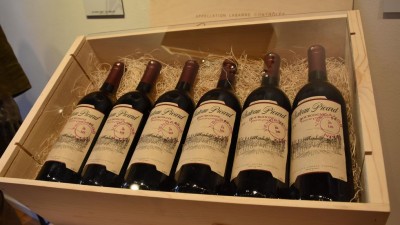 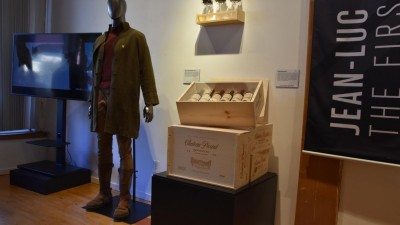 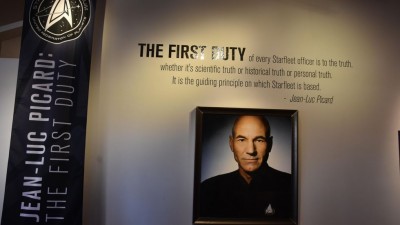 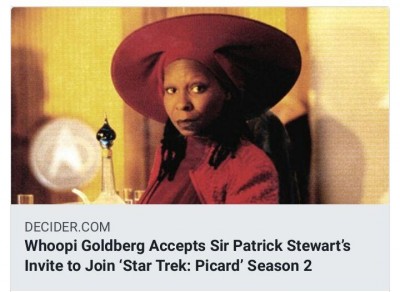 @TheView
.@SirPatStew officially invites @WhoopiGoldberg to join season two of #StarTrekPicard: “It was wonderful having you, and we cannot wait to have you with us again one more time.”

Whoopi Goldberg is returning to the Star Trek universe. Wednesday morning on The View, Sir Patrick Stewart handed Goldberg a “formal invitation” to join Star Trek: Picard Season 2. The View‘s longtime moderator happily accepted the invite, and she hugged the show’s guest to seal the deal. Goldberg has a long history with the Star Trek franchise: from the 1980s to the early 2000s, she played Guinan, a bartender aboard the USS Enterprise-D.
This morning, Stewart stopped by The View to promote his new Picard spinoff series, but before he could dive into his spiel, he had an important matter to discuss with Goldberg. “I’m here with a formal invitation. And it’s for you, Whoopi,” he said. “Alex Kurtzman, who is the senior executive producer of Star Trek: Picard, and all of his colleagues — of which I am one — want to invite you into the second season.”

Before Goldberg could even respond, the audience (as well as co-host Meghan McCain) went wild. Goldberg happily agreed, and Stewart raised his arms above his head in victory.
“That’s great, Whoopi. She has to get rid of that hair on her head though,” joked Joy Behar, referencing Goldberg’s hairstyle for another CBS All Access series, Stephen King’s The Stand. “Boy, the jobs are coming to you now, huh? So many offers she’s getting now.”

When she finally caught her breath, Goldberg reflected on her Star Trek experience. She and Stewart first met on the set of Star Trek: The Next Generation and went on to work together on 1994 film Star Trek: Generations and Star Trek: Nemesis (2002). “This was one of the great experiences of my career,” she said. “I had the best, best, best time.” Replied Stewart, “It was wonderful having you, and we cannot wait to have you with us again one more time.” Aww, Star Trek love!

GUINAN is back. WHOOP WHOOP!